Famously, the last two years have been good times for wood products mills, by and large. Good for them. But does a rising tide truly lift all boats? Apparently not if the wood that built the boats came from Southern loggers. While mills might be doing better than ever, their raw material suppliers seem to be doing worse than ever.

Case in point: if you’re at all active on social media, you may well know that Bobby Goodson, who became something of a timber industry celebrity years ago when his North Carolina based operation, Goodson’s All Terrain Logging, was featured on the popular Discovery Channel program Swamp Logger, has decided to cash in his chips. As you can imagine, this wasn’t an easy decision for Goodson and his family, and it certainly wasn’t his preference. But in view of the current situation, they decided that this was the best bad option left open to them.

Though they may be more high profile, I suspect that the Goodsons are far from the only logging family making such tough choices this year.

Bobby and his wife Lori were gracious enough to spend about an hour talking to me about it at the Richmond Expo in Virginia on May 20. “I’ve been doing it 37 years,” Bobby says, noting that he was a fourth generation logger; his son Justin was the fifth, and some of their grandkids were interested. “It was a legacy we worked on for generations to pass on, but they have made it so hard there is nothing to pass on. This was not when I wanted to call it quits.”

So, I wonder, why now? The easy answer is skyrocketing fuel costs. “A couple of years ago I paid $1.99 for fuel; now it is $5.50 a gallon. Our trucks are burning 68% of the profits in the fuel tank. And we are still two years away from an administration change. We knew we couldn’t survive another year or so at the rate we were losing money, so it’s better to go out when it is on our terms and some of the equipment is still in good shape. ”

But Goodson says fuel was just the last straw, not the only factor. There are more fundamental concerns: the labor shortage, for one. “We pay the highest rate we possibly can, but I can’t compete with the federal government paying people to stay at home.” And then there’s…

The Elephant In The Room

In Bobby’s estimation, it all comes back to one underlying problem: “The biggest thing that hurt us is that the mills are way too slow to react to the fuel situation,” he says. “A logging job the size of mine—and there’s a bunch of jobs bigger than mine—will lose hundreds of thousands of dollars waiting on mills to react. And by the time they do react, it has increased again. We went through this in 2008 when it got over $4.80 a gallon. I stressed to them that I am not going through that again. I am too old, too far down the road. I’m not losing that kind of money again.”

The bottom line is that if big mill companies— especially in the context of those highly publicized record profits—would pay enough to keep their suppliers healthy, loggers could afford fuel and labor increases. “The mills have got way more resources than any logging operation and they know exactly what it costs us to operate; all we are asking for is our fair share,” Bobby says.

“When you have a $2-3 million investment and are trying to operate at a 2-3% profit margin, there’s no room to give there,” he explains. “Any business I know of—including some of the pellet mills in our industry—won’t look at anything less than 15% profit; in retail stores, it’s 25-30%. You have got to have a profit to make a business work. If you’re making a decent return on investment, when hard times come you can weather through it. But unfortunately that’s not the case this time.”

This is nothing new; I’ve heard it my whole life, and so have mill people. Goodson says it always falls on deaf ears, though. “One mill manager looked through the window and said, what do you see? Of course there were a lot of trucks lined up waiting to get in. He said as long as he sees trucks lined up, there is no trucking shortage issue, not from their perspective.” 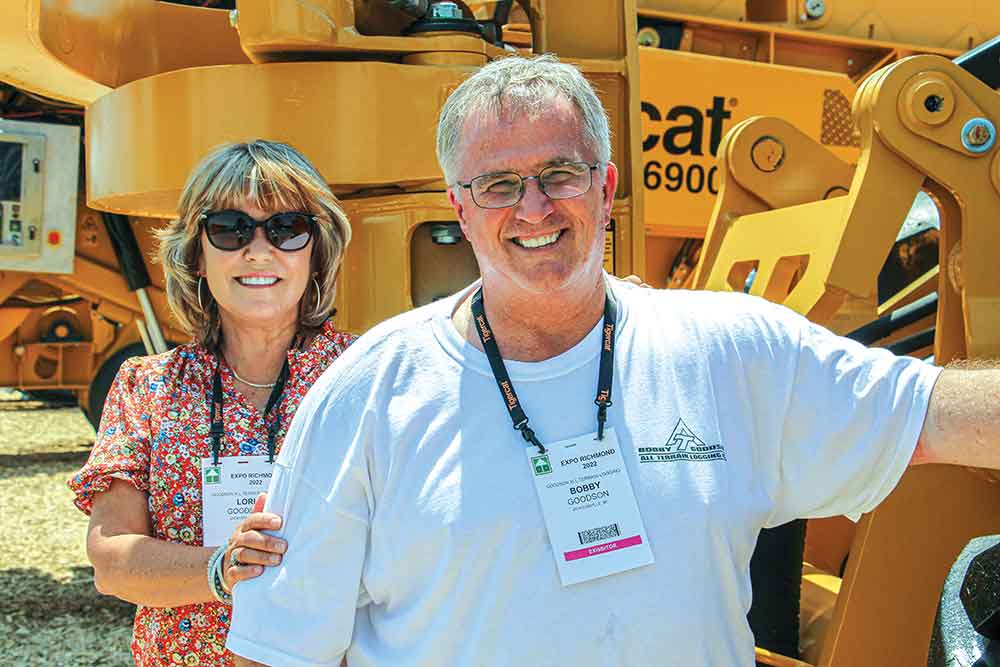 Obviously mills, especially multinational, publicly traded corporate entities, are in business to make as much money as possible…within ethical limits. Gordon Gekko famously declared, “Greed is good” in the ’80s, but remember, good ole Gordon went to prison at the end of that movie. He was intended as a villain, not a role model. Sure, no – body wants to pay more than they have to…but seems to me a company should want their suppliers, their partners, to succeed along with them. It seems like not only the proper thing to do, but the most sustainable long-term strategy as well. If I do business with someone, I want them to tell others that I’m going to treat them fairly, not rip them off.

Clearly, however, not everyone thinks this way, and hey, maybe that’s why I’ll never be a billionaire (which, if that’s the trade-off, is more than fine with me). Those with different values than mine must have a different perspective. To wit, Bobby relates a story he heard: at a meeting of a large paper company, a leader told his procurement team that if they didn’t put 10% of their loggers out of business every year, then they were paying them too much.

That’s a hell of a benchmark, if you ask me. Gordon Gekko would be proud.

Does it have to be this way? Apparently not, at least not everywhere. “I talked to a mill manager at a big sawmill in New Zealand where they actually figure in a 20% profit margin for their logging contractors,” Bobby shares. Novel concept: structuring your business so that the contractors you rely on can maintain financial viability, and figuring that in as a cost of doing business. Imagine that!

Thing is, it’s not hypothetical; that is what happens on the opposite end of the infeed, is it not? Bobby thinks so. “When the flat bed comes in to haul the paper off, that company tells the mill this is our rate, this is our fuel surcharge; nothing is questioned. But it’s not like that with us.”

Any industry requires a solid foundation, but right now, he fears, the forest products industry’s foundation is on shaky ground. “We are the foundation to this $300 billion industry in the United States. In North Carolina, it is a $32 billion a year industry, with a little over 400 loggers holding it up. Until they recognize what an integral part of this industry we are, it’s not going to change.”

It isn’t just mills. Politics has a lot to do with it, he says; it affects everything, for everyone. “People need to vote for the people who will help us,” he advises. “This is a great country. If we all work together we can get something done.” His wife Lori agrees. “We encourage other loggers to get involved,” she says. “One squeaky wheel here or there won’t change. You need to come out of the woods and get active in the associations and somewhere down the line we really believe it will make a difference. Maybe the industry could turn around and be what it used to be.”

The Goodsons aren’t sure yet what comes next for them; one step at a time. “It hasn’t hit me yet because I am still busy cleaning up equipment and getting it ready to sell, but the day that last piece of equipment leaves the yard, it’s going to hit me.”

Lori says it breaks her heart because she knows how much this is going to hurt her husband. “This is an industry that Bobby loves. It’s our way of life. It didn’t have to be this way. It could have been different.”

Even on their way out, they hope to be of service to the industry. “I’m not sitting home and I don’t like fishing,” Bobby laughs. “I like logging. So we do want to stay involved in our industry, as much as they will let us, because I love it.” 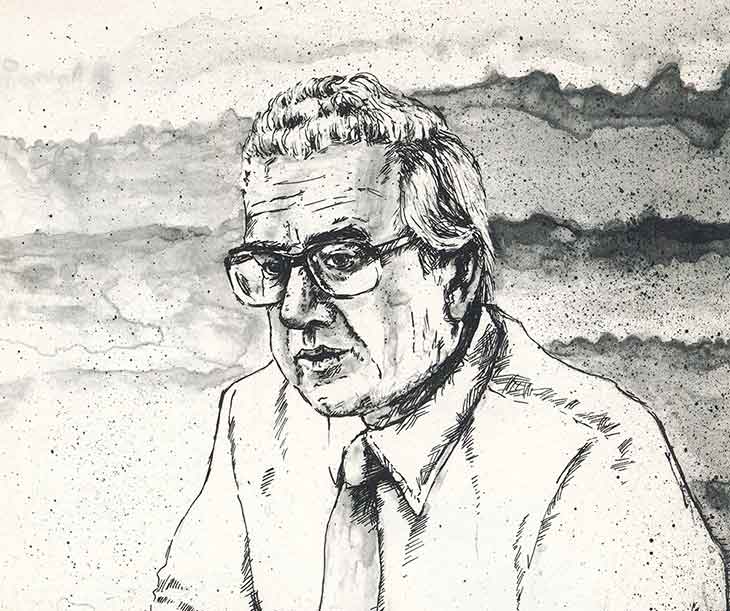 George H. Weyerhaeuser Sr., who served as president and CEO of Weyerhaeuser Co. from 1966 to 1991 during an exciting period of wood products development while encountering new timber supply challenges brought on by an aggressive environmental… 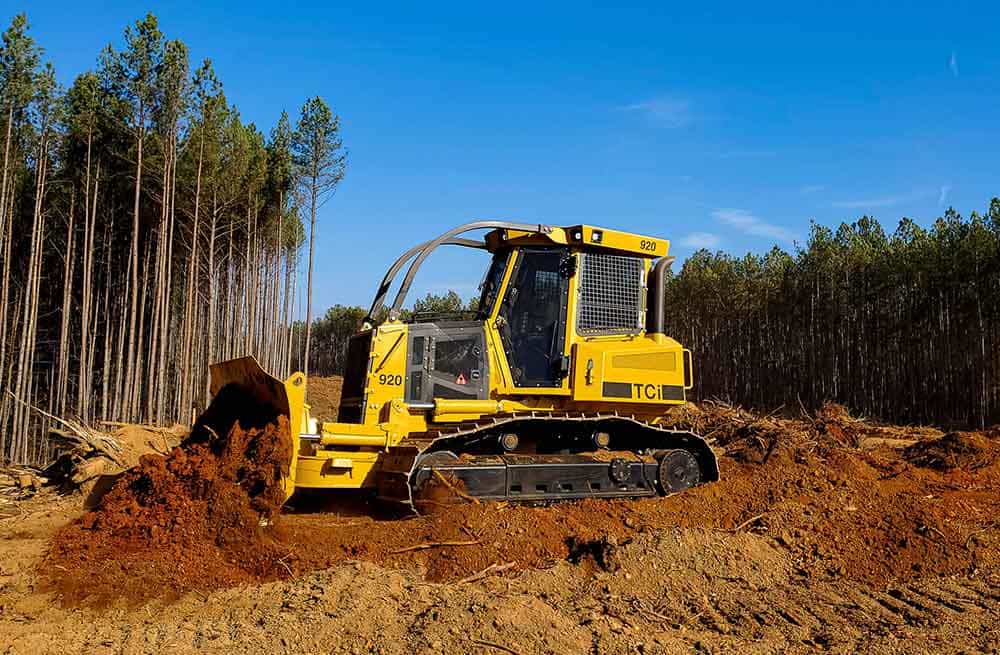 Tigercat Industries has developed a forestry dozer, and the TCi 920 will make the rounds at several U.S. forestry industry trade shows this spring as part of its launch. The dozer will be branded under the new TCi name, as Tigercat Industries…

Amanda Hamsley Lang, COO & VP of Client Services with FORISK Consulting, addressed timber supply and outlook during the Wood Bioenergy Conference & Expo Held March 29-30 at the Omni Hotel at CNN Center in Atlanta. Lang, who was one of the event keynoters, said that FORISK forecasts pine sawtimber inventories to increase through 2027 before declining through…