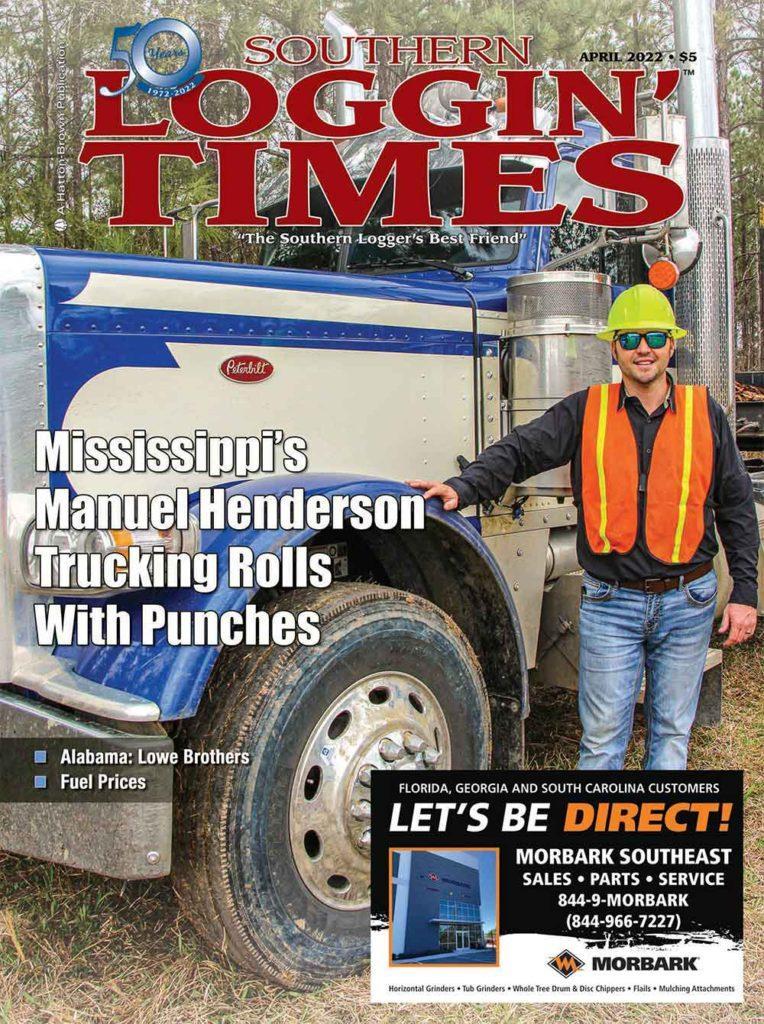 No man is an island, and neither is any nation or industry – not even the ones that are on islands. It’s an interconnected globe we all live in; events half a world away can and do impact us, whether we realize it, or like it, or not. The export market to China, for instance, is very important to the bottom lines of lots of loggers and timberland owners down here in the U.S. South.

CARROLLTON, Alabama – While receiving his state’s 2021 Outstanding Logger of the Year award at the Alabama Loggers Council (ALC) Annual Meeting last fall, Steve Lowe kept things in perspective. “I want to thank God because this worked out perfect. We love what we do, living in Pickens Country and working with the people we do.”

I was honored when asked by Clay Altizer and the Forest Resources Association (FRA) to weigh in on the surging fuel prices and the impacts on logging and forest products transportation sectors. Why? Well, it is not because I feel that we are the experts. I readily admit that prior to taking this position with the Southern Loggers Cooperative (SLC) in 2012 that I did not know much about the “fuel” business other than the fact that I had purchased many thousands of dollar’s worth of fuel in my 23-year career in logging, forest products trucking and chip milling leading up to that point.

FROM THE BACKWOODS PEW: Food Piles

It starts with being made new in Christ. It adds to that living a life of holiness, humbleness, meekness, patience, forgiveness, and love. Don’t face the upcoming winter without being prepared, wasting precious time adding items to the food pile that will never see you through the winter.

BULLETIN BOARD: Our Best Leisure Selections From Our Not-So-Sharp Minds

Manuel grew up around the woods business, and has spent his life in different aspects of it. His dad, whose company Glen Henderson Logging and Trucking was featured in Southern Loggin’ Times in the early ‘90s, has been logging for about 40 years. And the family owns a sawmill, Henderson Lumber in Piave.

Manuel graduated high school in 2003 and went right to work for his dad in the woods. In 2005, he started his own company, Manuel Henderson Trucking, Inc., to contract haul for Glen Henderson Logging.

In November 2019, Glen offered to sell his son one of his logging crews, a clear-cut job he had established for Weyerhaeuser. Manuel took the deal and quickly grew the in-woods operation, adding a second crew in 2020 and more than doubling production.

With his trucks now hauling exclusively for his own two crews instead of contracted out, the different Henderson family businesses in the area are fully separate. Glen Henderson still runs five crews at his company, but Manuel has no plans for further expansion at this time; he’s happy right where he is.

After all, he’s got his hands full enough. 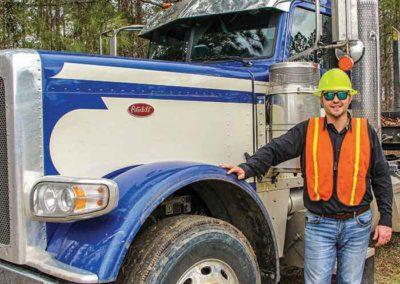 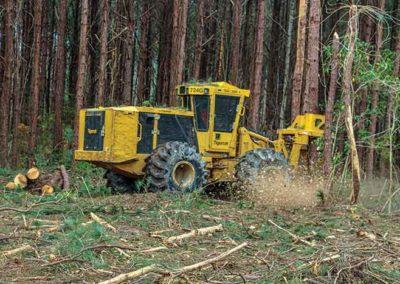 Both Manuel Henderson Trucking crews fell with a Tigercat 724G; this one works on crew 2.