JENA, Louisiana – When Bradley McDowell started logging in 1992, he didn’t know he would be considered an innovator. But after a trip to the Canadian Rockies in 2004, and an introduction to “dangle head” machines, McDowell knew he wanted to do things a little different down in Louisiana. 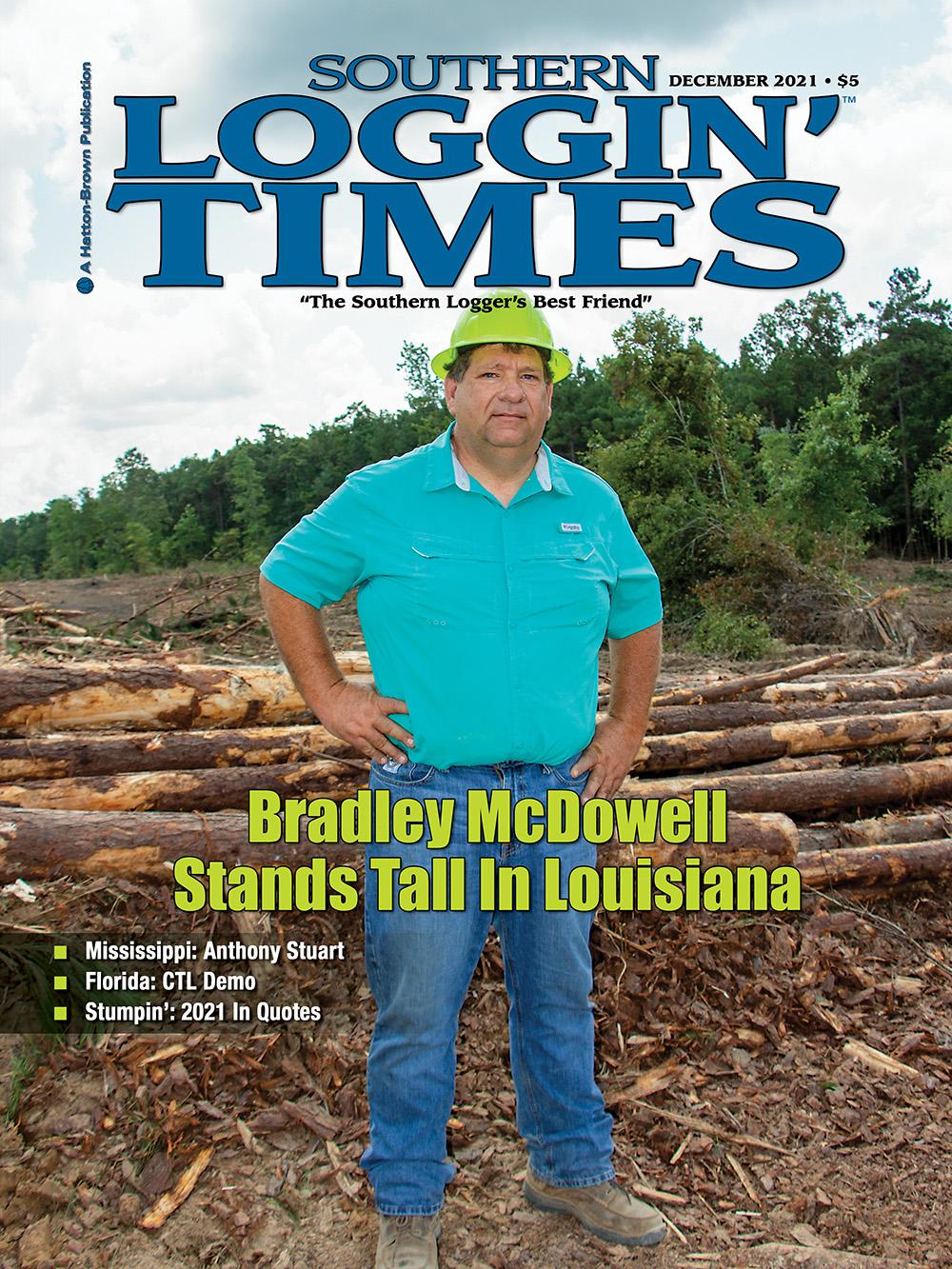 JENA, Louisiana – When Bradley McDowell started logging in 1992, he didn’t know he would be considered an innovator. But after a trip to the Canadian Rockies in 2004, and an introduction to “dangle head” machines, McDowell knew he wanted to do things a little different down in Louisiana.

As we do in every December issue, to end the year, let’s take a look back at some of the best quotes we’ve printed throughout 2021. Merry Christmas, Happy New Year, and see you in 2022. Excelsior! Article by

CARSON, Mississippi – Espousing a sunny outlook somewhat the opposite of what might be more typically found among many of his peers, Anthony Stuart, 48, clearly has a positive outlook on the state of the industry these days. “I have never been a doom-and-gloom type person,” he admits. “There have been some good times and some bad times but with the weather how it has been and mills needing wood and talk of new mils coming online, it is kind of exciting right now to see what is going on. I really think there are good things to come.”

HAVANA, Florida – On October 22 and 23, 2021, Knight Forestry from Georgia, Equipment Linc from Alabama and Ponsse North America, Inc., joined forces to host a cut-to-length (CTL) live demo on Coastal Plywood land in Havana, Florida. Spectators came to the demo from all around the southern U.S. to watch the efficient team of a Ponsse Ergo harvester and Ponsse Elephant forwarded operate on rolling hills.

Forestry tires are a big investment for logging operators, and in a business where small increases in efficiency can add up to the difference between profit and loss, it is important to take care of your tires.

BULLETIN BOARD: Is The Sun Setting On The USA?

People, like nations, think they are eternal. What person at 25 or 30 doesn’t believe, at least subconsciously, that they will live forever? In the springtime of youth, an endless summer beckons. As you pass 70, it’s harder to hide from reality.

FROM THE BACKWOODS PEW: The Look Out

Whenever I see a stand of flooded timber, I am reminded of the many summer vacations I spent at my grandparents in Arkansas. My dad and I would fish any place we could find water. One of our favorite spots was a relatively small lake, which used to be a stand of timber.

Excerpted from Side Roads, Snares, and Souls by author Bradley Antill.

JENA, Louisiana – When Bradley McDowell started logging in 1992, he didn’t know he would be considered an innovator. But after a trip to the Canadian Rockies in 2004, and an introduction to “dangle head” machines, McDowell knew he wanted to do things a little different down in Louisiana. It surprises him that the processor machines never caught on in the South – but after he thinks on it, he knows why, he says. “It is the investment: You can buy two loaders for what one of these costs. But you eliminate other costs,” he adds. “This thing will take the place of three loaders, and I thought it might catch on. It makes logging so much easier.”

McDowell operates by looking at tons per man that the crews produce. Because of the dangle head processor, each man on the four-man crew puts out at least 20,000 tons. “Everything else is irrelevant,” he believes, saying that looking at the tons per man in the woods tells truly how efficient an operation is; it will show how many skidders are needed, trucks, everything. It was a lesson McDowell learned years ago and has helped him greatly.

“My motto is that I try to make the money in the woods and keep it in the office. Always try to find a better deal on things,” he says. Sure, a better deal means cheaper fuel or better rates on insurance, but it also means truly maximizing production of men and machines. 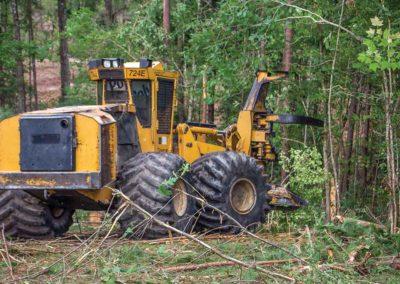 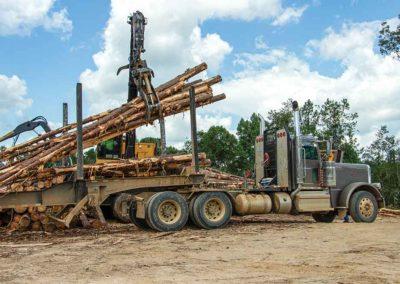 McDowell’s crews use 234 Tigercats to load trucks and 250s with dangle heads to process stems. 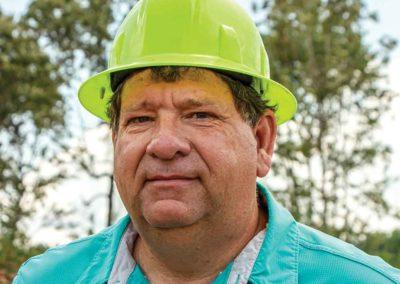 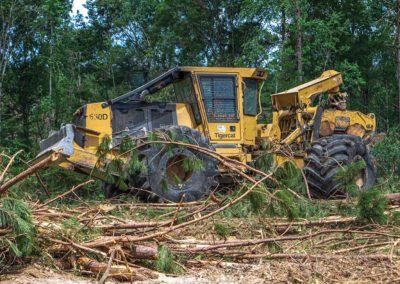 Machines are purchased from a variety of sources.