Teal Jones Group marked the beginning of construction of an $110 million SYP sawmill near Plain Dealing, La. on July 11 with a groundbreaking ceremony.

Canada-based Teal Jones Group had disclosed in December it was considering northwest Louisiana as the site of a sawmill. Site preparation of the 235 acre greenfield facility has begun and is expected to be completed by third quarter 2023. Site work includes creating access to nearby railway infrastructure and timberlands, which the company cited as key factors in its decision to build its first plant in Louisiana.

The company, which is headquartered in British Columbia, operates SYP mills in Antlers, Okla.; Martinsville and Kinsale, Va.; and Liberty, Miss.

The facility will produce a range of dimension and specialty lumber products with a production capacity of 300MMBF per year.

Southeastern Timber Products LLC, an STP Holdings-Tolko Industries partnership, announced a $150 million U.S. investment in the STP sawmill in Ackerman, Miss. The investment is the next step in an expansion project that will upgrade the mill from 120MMBF to 250MMBF annual capacity. The project will conclude in the first quarter of 2024. The mill has already implemented some recent upgrades. 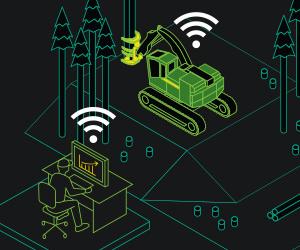 Forestry is a complex business that requires seamless coordination in the woods and the office. John Deere Precision Forestry helps increase the efficiency and productivity of your operation. Focusing on jobsite technology lets you select and adopt solutions based on your unique applications…