More To The Stories 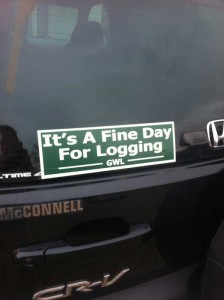 Usually, and I say usually because there is always an exception to the rule, but usually, when you see the magazine only pieces of the story is told. We don’t usually go into how the interview came about or what the site visit was like for us. For example, a few years ago we carried Chad Grantham and his brother’s company on the cover of SLT, and I wrote about his bubbly personality and in-woods success. What I didn’t write about, but remains legend in the halls of SLT, is how I got so lost meeting him I was two hours late—prompting him to remind me that I need to brush up on my left and my right. Well, this last story trip I went on was no different. I found myself meeting with Greg Williams near Saline, La. I was late and lost, par for the course with me, but once I arrived Williams was kind, hilarious and overall a great interview. You’ll see his full story in the coming months.

What might not make it into the magazine is the gift that Williams gave me—enough for the whole SLT crew in fact, “It’s a fine day for logging” stickers. I love being able to show my support of the logging community in my daily life and the stickers do just that. Doesn’t it look nice on my car? Because let’s face it, every day is a fine day for logging.